The light shining in the darkness of the New World night was smoky, stinking, handmade and expensive. Raw materials for do-it-yourself colonial candlers ranged from indigenous plants to pig and cow fat to beehives to whale brains. Making candles was a lot of work; so was trimming them so they burned slower. Reliable light for reading scriptures, sewing, and working before bed was a hard-won extravagance.

Hundreds of years ago, when colonial families settled in New England, they began taking care of the chores that needed to be done to set up their homes and most of these chores fell to the women. Women were in charge of making the candles their family would need throughout the year.  The average colonial home would use up to 400 candles to light the home for a year. And, they would make the candles made from the tallow or animal fat from the animals that were slaughtered during the year.

Tallow was the cheapest, most readily available candle ingredient for the colonists. It smelled awful and smoked terribly especially if it sat around for several months. In richer families, the women would make their candles from beeswax because it smelled much nicer.

A beehive was a treasure beyond price for its yield of rich honey and its waxy honeycomb. Beeswax was dipped just like tallow but was a far superior candle. Natural plant oils were also added to the beeswax to give off a more pleasant fragrance and so these candles were more expensive to make than the tallow candles. Beeswax candles were generally stockpiled in the cupboards of the wealthiest colonists.

Wild bayberry bushes grew everywhere along the Atlantic coast and women soon discovered that the waxy green berries could be boiled into a clear greenish tallow. Bayberry wax was very hard and smelled incredible, a huge improvement over tallow. This wax didn’t melt in the heat of summer and it burned slowly and evenly. Soon, children were sent out to pick berries, and the women developed a nice little business of exporting fragrant bayberry candles back to old England for a tidy profit. The start of the legend of the bayberry candle involved quite a bit of work in colonial times.

Folklore says that if you light a brand new bayberry candle on Christmas Eve you will have wealth and prosperity for the new year. (And boy do we need that!) The candle should be lit in the evening, when you see the first star appear in the sky. You should not extinguish the candle yourself (bad luck!); it should burn until after midnight down to the nub and go out on its own.

Whether the folklore is true or not, the story behind this Christmas tradition gives us a bit of history as to what life was like in colonial times.

Often, two friends will exchange a pair of bayberry candles and recite a poem. This too is a significant tradition. The candles are often joined at the wick. During the candle exchange, each would recite the poem. If this good luck tradition is new to you, it’s not too late to buy a pair of bayberry candles and seek out a special friend to do an exchange. May this good luck legend come true for you.

Read this when you exchange candles and again when you light them:

from a friend. So on Christmas

to the end. For a bayberry candle

burned to the socket will bring joy

to the heart & gold to the pocket.

Have a Merry and Blessed Christmas. May wealth and good luck make yours a prosperous and Happy New Year. 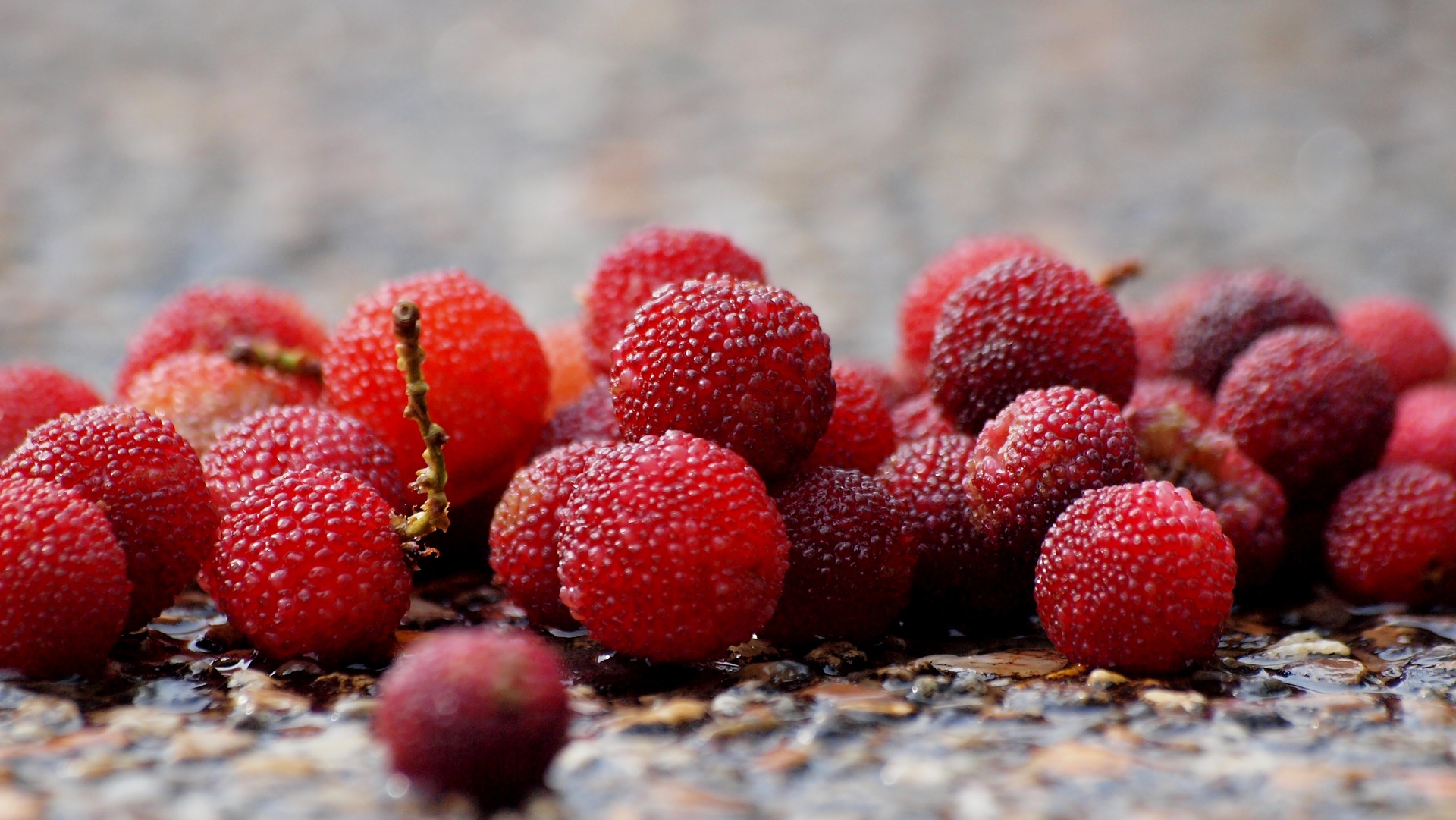 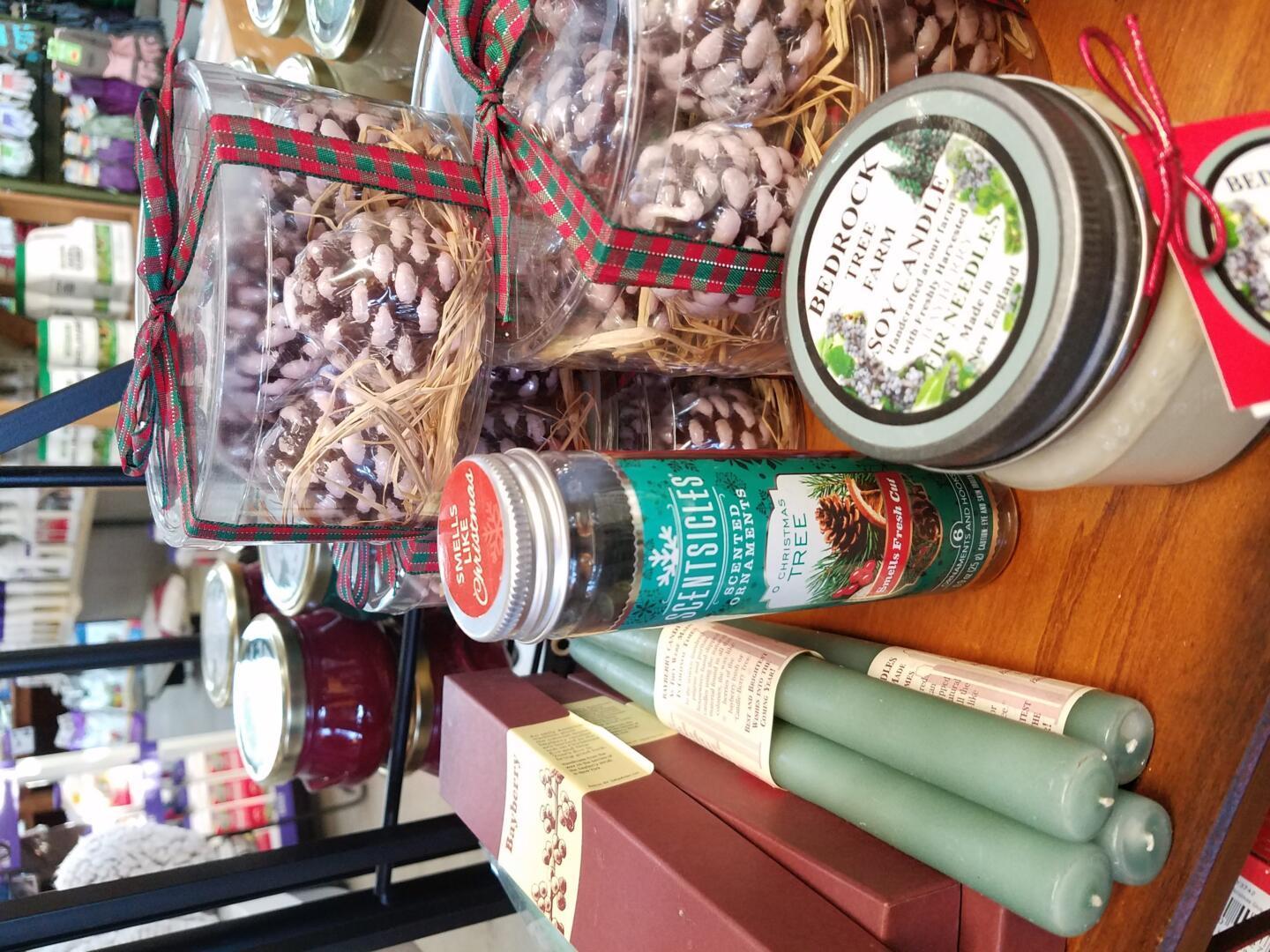 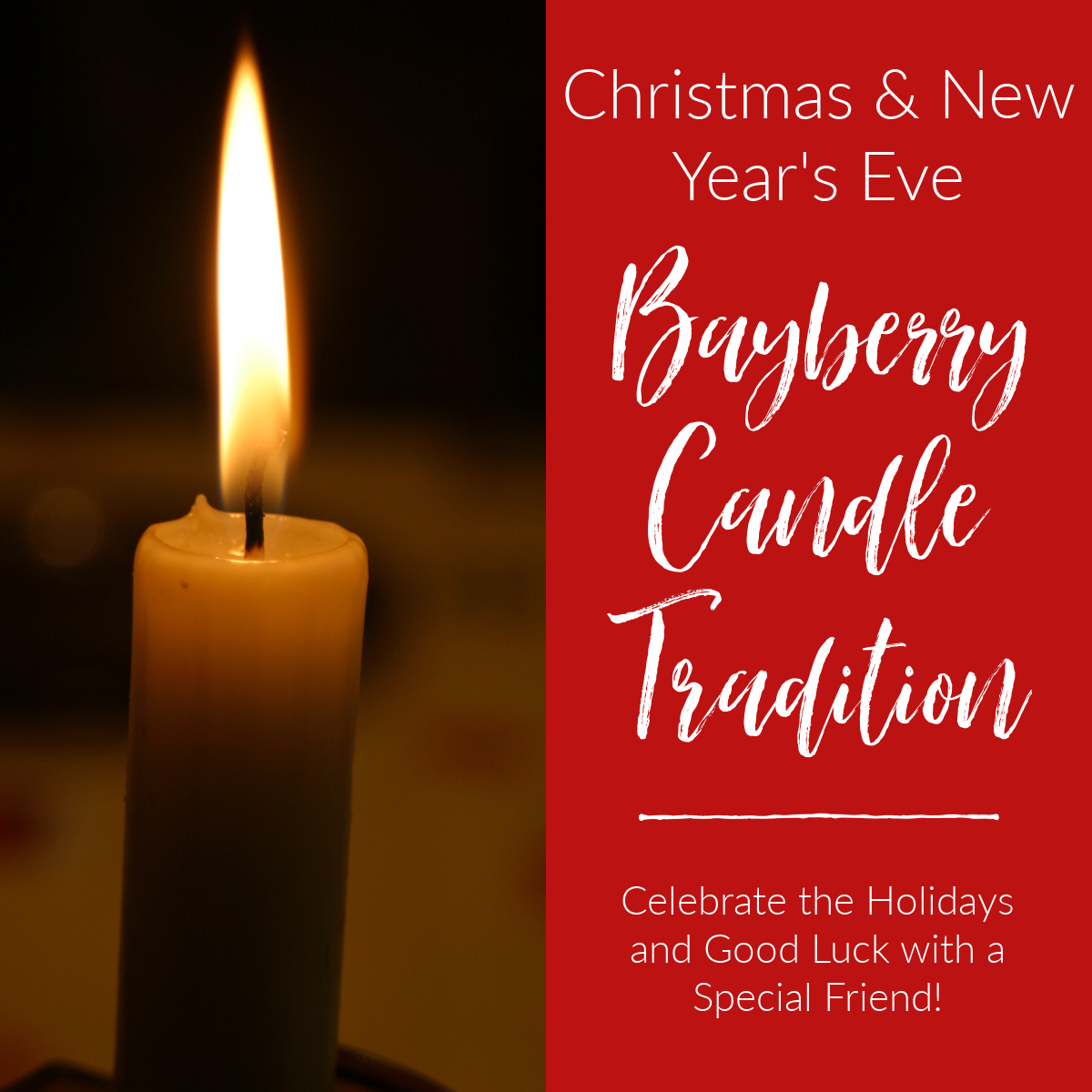