A Shortage for Christmas Too??

As the calendar  moves ever closer to year’s end and the amount of daylight dwindles to a few precious minutes a day, Santa’s whiskers begin to twitch and itch, for he knows the BIG DAY is fast approaching. It also usually means things are really jumping at the North Pole. But what about this year?

It’s usually easy  to describe the activity taking place; the toy factory is working overtime and the reindeer are out making practice runs, but this year is anything but normal in the pandemic world. While the Elfineers have developed many new and ingenious toys, the North Pole is facing some of the same problems as the rest of the world. There is a shortage (no pun intended) of experienced Elfin labor. It seems that Keebler has done a great job of recruiting. They are paying more to bake than Santa is to make. The tree may be cramped, the ovens hot, but the money is real good. So much so, that some elves may decide to fudge on their taxes. The worker shortage is so bad that Santa hired a couple of seals to work the ball testing room.

The lack of  herdsman in the stables has gotten so bad that Santa is helping out. After a day of mucking out the stalls, he is pretty pooped out. Mrs. Claus, however, is happy that all the work is making Santa’s clothing fit again after a long season off.

The supply chain  problems haven’t bypassed the North Pole either. It’s hard getting materials to assemble the toys. Logistics Chief Rudolph has been seeing red with all the delays. He has been sending teams of reindeer overnight to get needed parts. That has helped somewhat, but he has trouble finding reliable sleigh drivers, so the Teamsters have offered to help. Right now there are at least two dozen sleds sitting on loading docks in the Far East waiting to be picked up.

While all this  sounds ominous, Santa wats to assure everyone concerned that things will be all set to go when the BIG NIGHT arrives. If a foggy night couldn’t stop him, this surely won’t. These are just minor details. The entire “North Pole Crew” has a long tradition of spreading joy and no pandemic problem will end it.

Check back in  a few weeks to see just how well it is going at the North Pole!

Written and Edited by: Dan Sivco 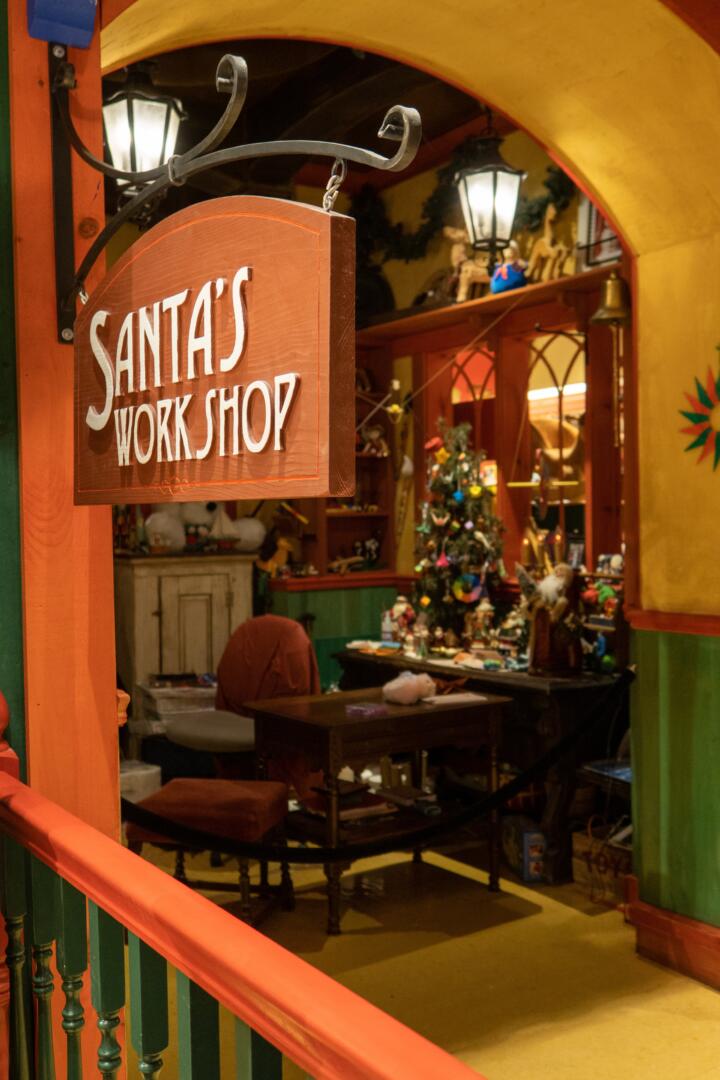