Japanese Beetles create havoc in gardens by feeding shrubs, perennials, ornamental trees and lawns. When they begin life, the grubs feed on plant roots, until maturing into adult beetles that will then feed on flowers and foliage above ground. Japanese Beetles are especially destructive because they not only destroy underground but also above ground and can group in such large numbers that they can destroy an entire lawn in a short amount of time. Herbein’s carries several options for pest control and after reading and reviewing their life cycle, you’ll be able to best decide which option is best for you.

Late June / Early July – Adult beetles will emerge from the ground and live for approximately 30-45 days. During this time, they’ll feed on many of your favorite plants that can include roses, hibiscus, crape myrtle, flowering cherry, grapes and more…almost 300 different plant species!

Late July / Early August – The female beetles will crawl into the ground and lay eggs and then die. The eggs hatch within 2 weeks and the grubs start feeding off roots underground. Grubs will usually be satisfied with lawn roots because of the ample food supply, until colder temperatures drive them further into the ground where they wait out the cold weather months. When spring arrives, they resume feeding until reaching maturity.

How do you know if you have beetle grubs?

Grubs feed on your grass roots which can become brown and die. Simply lift the dead grass and look for white larvae curled into a “C” shape about the size of a penny. Active grubs can completely destroy a lawn. You will want to take action right away to remedy this problem.

Bonide Insect & Grub – Only one application controls insects both above and below the soil surface. Fast acting, long lasting control of grubs, cranefly, billbugs, chinch bugs, weevils, mole crickets, ticks, fleas, fire ants, cutworms, millipedes and many more. Protects from top to bottom, with a wide application window so timing isn’t critical, like it is with other products. Also makes a great perimeter treatment around premises. 6 lbs. treats 5000 sq. ft. subsurface and 7500 sq. ft. surface.

Milky Spores – An organic alternative for grub control only for the Japanese beetles, this treatment starts working as soon as it’s applied as long as the grubs are feeding. Milky Spores can be used in vegetable gardens or around pools because it is not a chemical pesticide and is not harmful to people, pets, birds, or plants. Do NOT mix it with water! It needs to be applied in its original state. Also do not apply Milky Spores with fertilizer spreaders or grass seed spreaders. Do not mow your lawn after applying until the Spore has been watered into the ground by rain or a hose for 15  minutes or longer. If you are losing your lawn rapidly due to MANY grubs you may want to choose to add an insecticide along with the Milky Spore.  Grubs are more aggressive eaters in the fall due to them storing up body fat for winter. In the spring, grubs don’t require as much food.

Milky Spore must be applied in teaspoon amounts every four feet in rows four feet apart creating a grid pattern. It takes 3 treatments a year for at least 2 years for lasting results being up to 15 years of protection.

Bayer Grub Killer Plus – Bayer Advanced Grub Killer Plus comes in granular form and you apply it with a broadcast spreader. For best results, apply Grub Killer Plus at the first signs of grubs or other turf pests and then water it in thoroughly. The general rate for Grub Killer Plus is 2 pounds per 1,000 square feet, but you should refer to the label for the spreader setting and insect type for best results. Read the instructions and follow all safety guidelines. Keep children and pets out of the area until you’ve watered the lawn and it has dried.

Other Options for sprays and dusts: 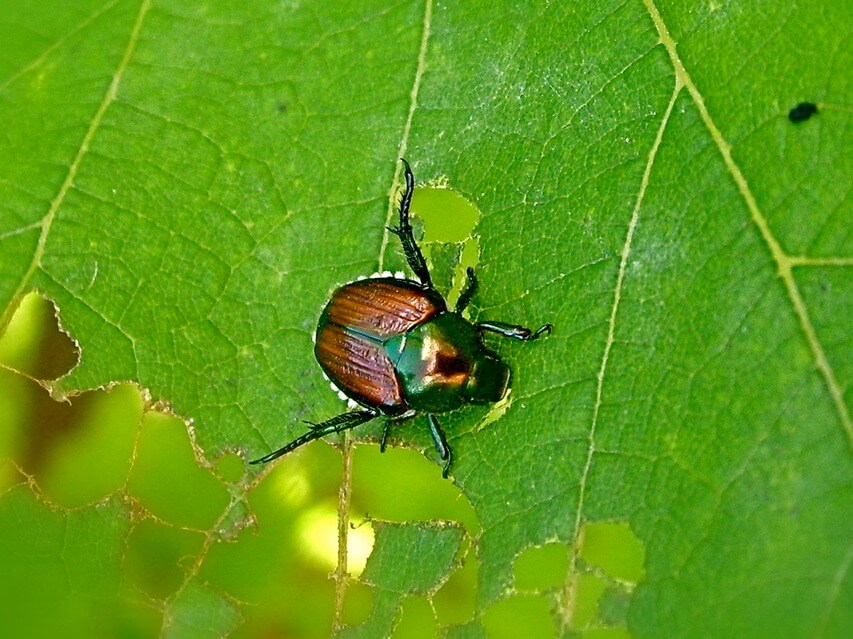 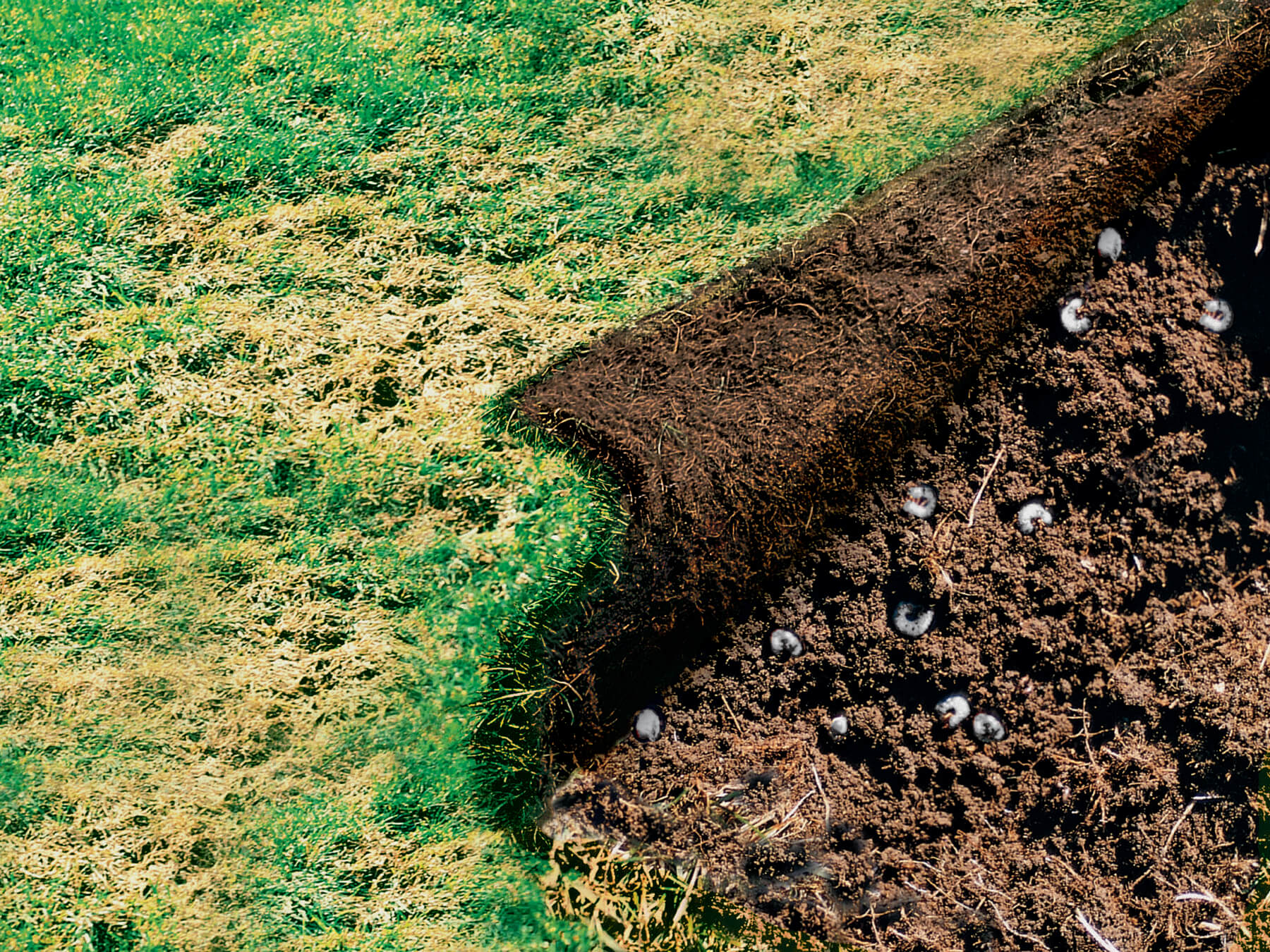 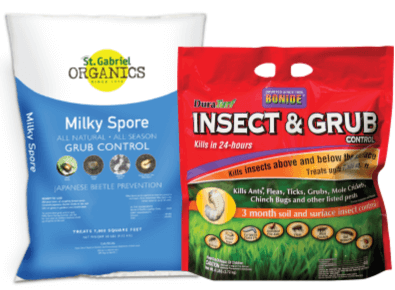 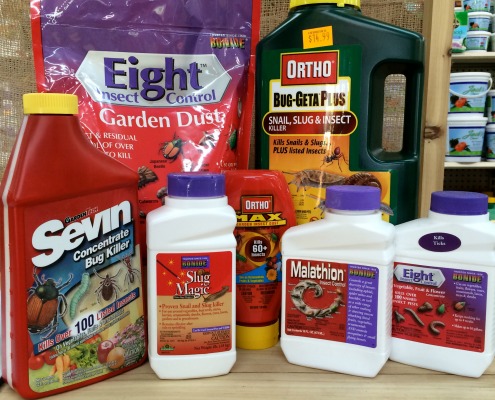 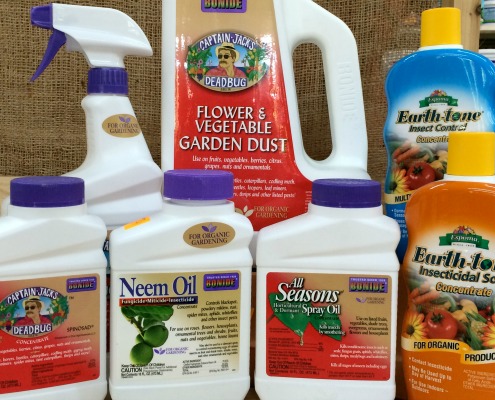