Lavender is an aromatic, sweet-smelling flower that has stood the test of time, dating back nearly 2500 years. It’s undeniable fragrance can be found in oils, soaps, lotions, cosmetics and more.

There are a variety of factors you may want to consider before choosing which lavender is best for your purpose. No matter which choice you make, they are all low maintenance.

Care and maintenance are very similar: lavender thrives in full sun and can take the heat of the midday sun without fading.

Soil requirements are fairly simple: they prefer a balanced pH and well-draining soil. If you have clay or dense soil, simply add some sand when you plant.

Once established, lavender requires infrequent watering, so you don’t have to monitor them closely. For optimal blooms, it’s best to keep the soil moist, but generally, English and French lavender are drought tolerant.

Besides color, the appearance of French and English lavender are only slightly different. Both varieties produce shades of the characteristic purple flowers with green foliage. English lavender provides the traditional dark purple-lavender appearance with long stalks of tiny flower clusters. These clusters cover the top, wavy, wand-like section of the stem.

French lavender produces blooms that are a lighter pink-purple compared to the dark purple hue of English lavender. In some varieties, flower petals are long and thin and produce almost leaf-like petals.

Although the flower displays are different, both of these plants produce similar thin, deep green foliage that contrasts beautifully against their blooms. On both varieties, the foliage forms a bush shaped base for the flower stalks to shoot out in the spring as they prepare to dazzle your landscape with countless blooms.

It’s important to know that what peope call French lavender is one of two different species. These are Lavendula stoechas (in the United Kingdom), and Lavendula dentata (in the U.S. and all other areas of the world). English lavender is always Lavendula angustifolia

French lavender grows 8-24″ tall, perfect for indoor growing. There is less oil from the flowers but it is still found in cosmetics and soaps. This lavender starts blooming around May and continues until late frost, giving a much longer bloom time than English lavender. French lavender is cold hardy to -5°C.

French lavender has short distinct petals with a medium-length cluster of flowers at the tip of the stalk. Its pale green foliage is slightly squared off, giving the impression of teeth that are covered in a protective wax.

If you’re looking for a more mid-size flowering plant, French lavender may be the option to consider. 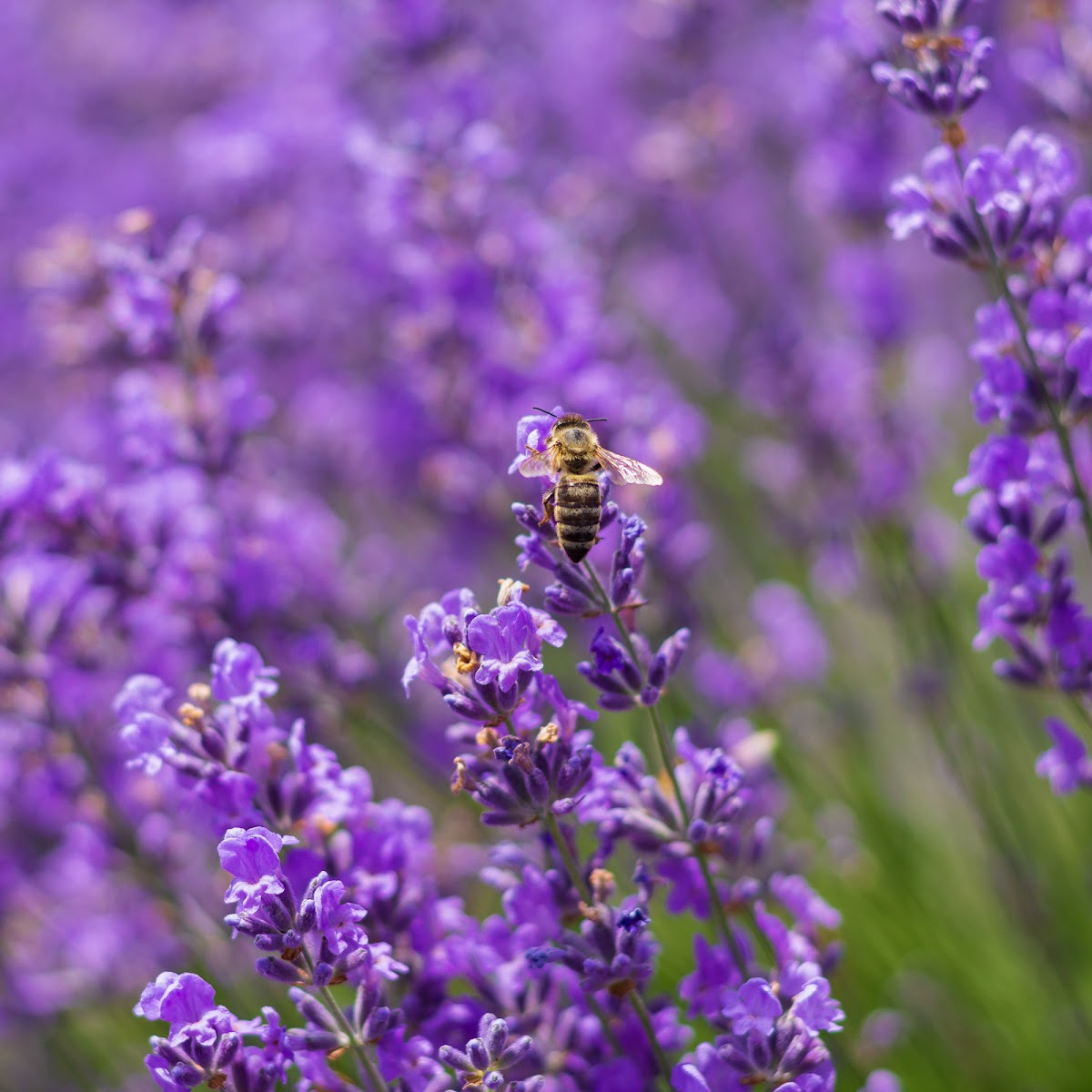 Best for warmer growing zones, this lush lavender brings versatility and enchantment to any landscape. The Phenomenal lavender is a French lavender variety that’s more compact and container friendly. Whether you’re planting in a pot or directly into the garden, it delivers beauty without the hassle. Much like the English lavender, Hidcote…the Phenomenal lavender repels unwanted pests while attracting your favorite pollinators. 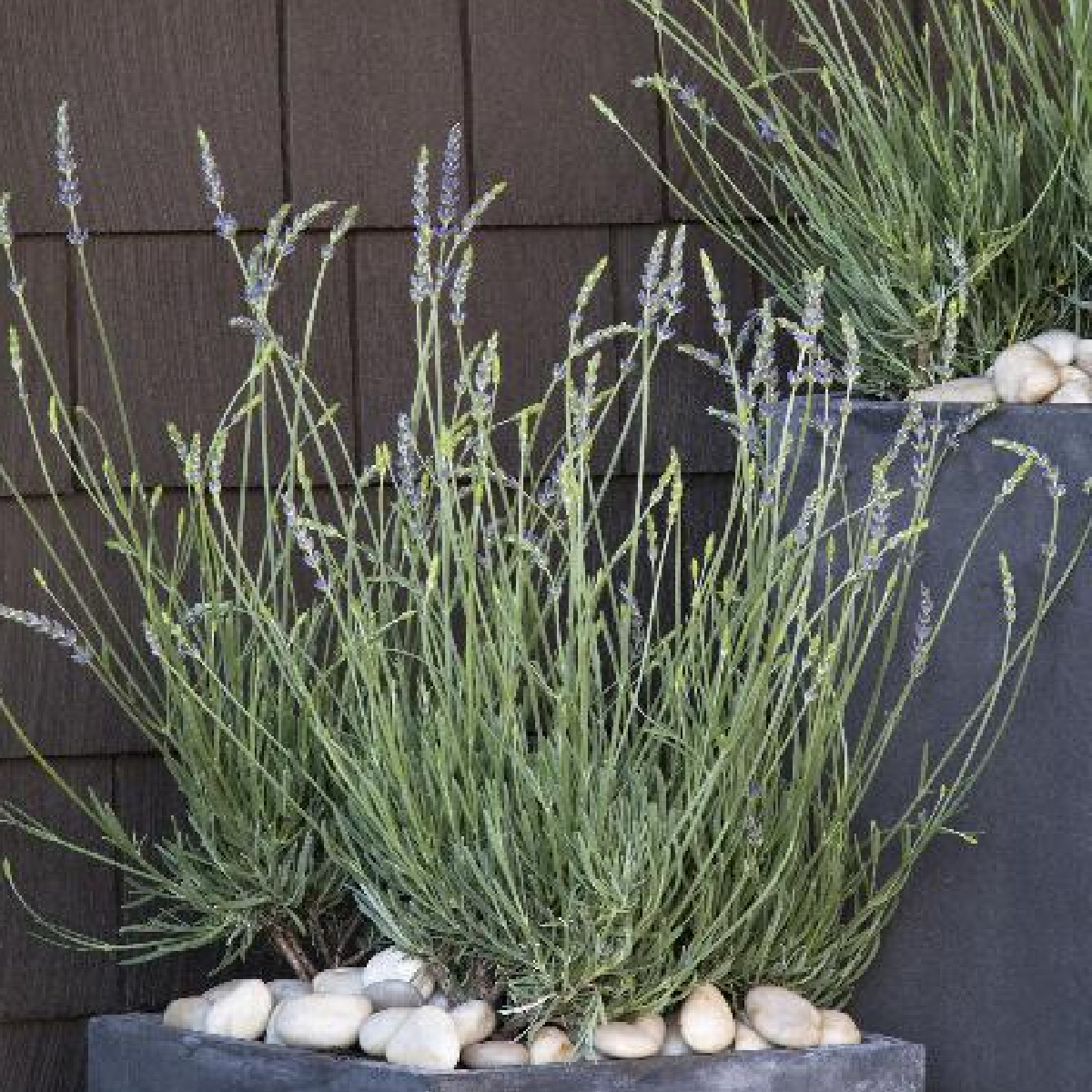 The Sensational! lavender is another of our favorite lavenders. This variety is unlike any other lavender you’ve ever seen before. The stalks and blooms look 10x larger than traditional lavender and the blooms hold longer. Plus, with full silvery foliage, this plant is ready to be the centerpiece of your garden AND is one of the toughest varieties in the French lavender family, withstanding harsh sun without dying back. 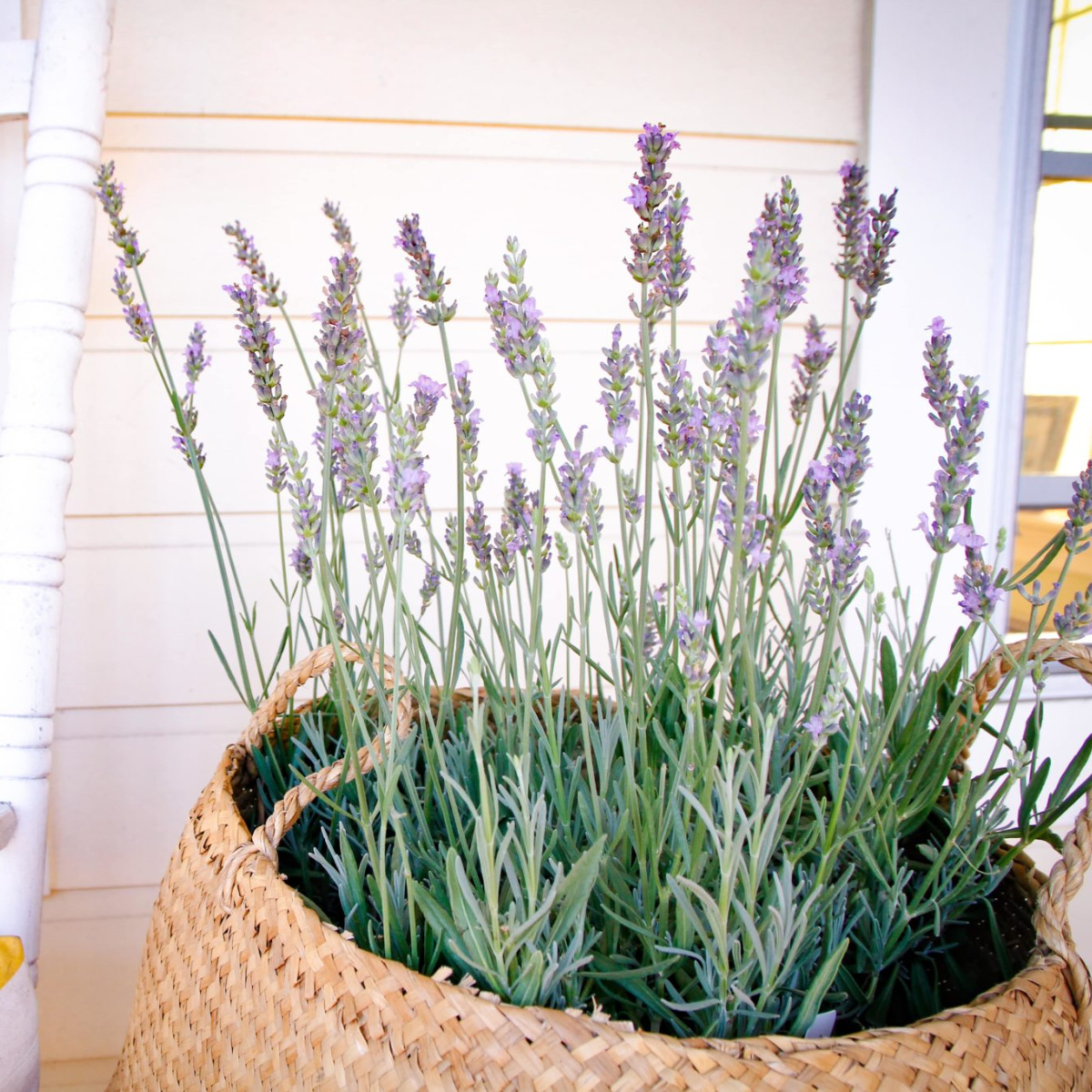 English lavender grows 3-6 foot tall, great for container gardens. It’s oil is commonly used for cooking, perfume, cosmetics and soaps. It flowers in mid June, displaying blooms for only about four weeks, making it a shorter bloom time than French lavender. However, English lavender has a stronger, sweeter fragrance than the French variety.

English lavender has long clusters of cone shaped petals at the top of the stem but no petals at the tips. The plant is curtained with narrow, smooth-edged foliage that is often covered with a white dust-like wax, giving it a silvery sheen.

If you’re looking for a lavender plant for in the foreground of your garden, English lavender may be the better choice. 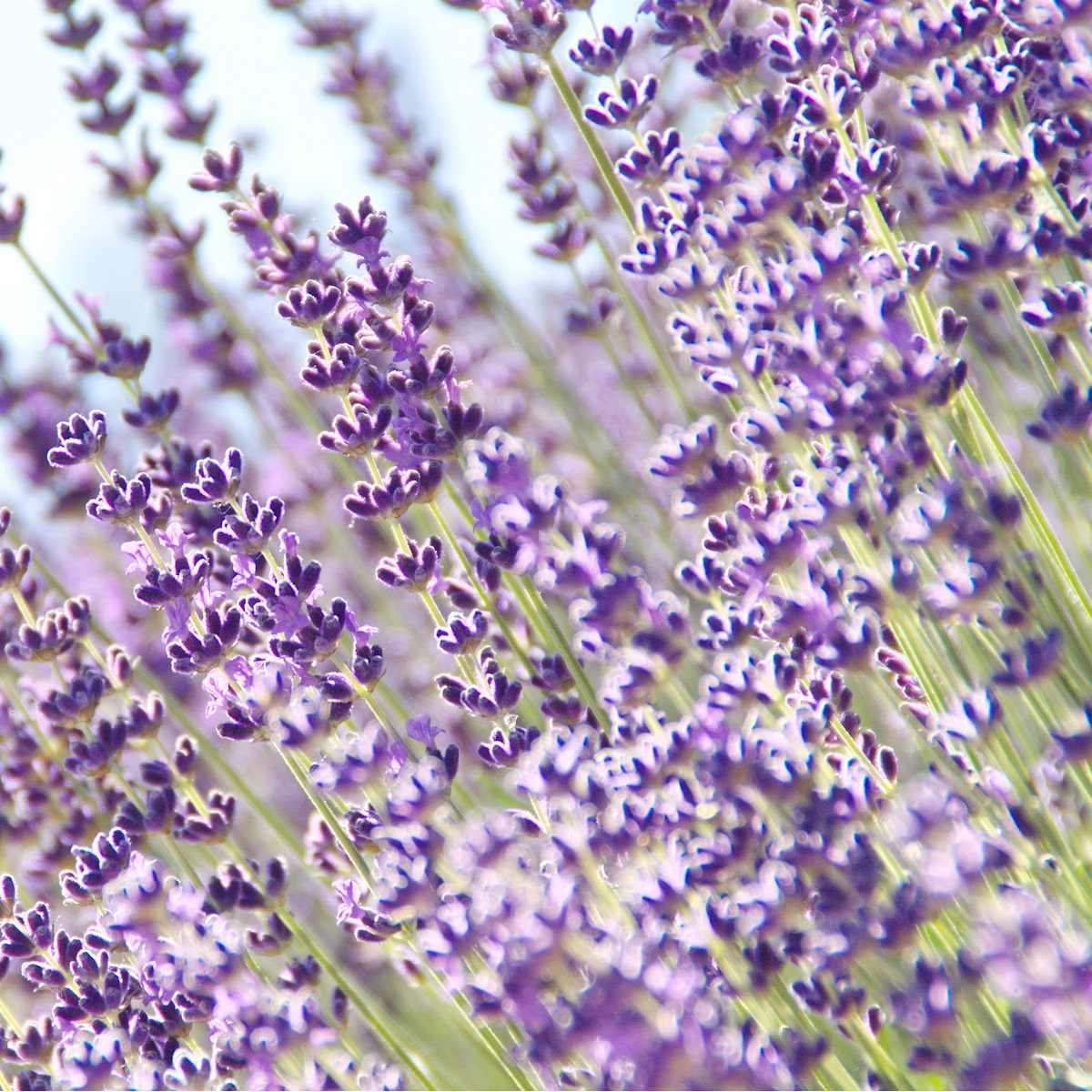 Hidcote lavender is among the most tolerant and vibrant English lavenders. This effortlessly beautiful lavender explodes with its sweet fragrance and bright blooms. A delight for you AND pollinators alike, the Hidcote lavender is the ideal plant to fill your sunny locations. Plus, with its signature lavender scent, the Hidcote will ward off pesky insects like mosquitoes. Thriving in zones 5-8, it would make the perfect indoor/outdoor plant in our zone. 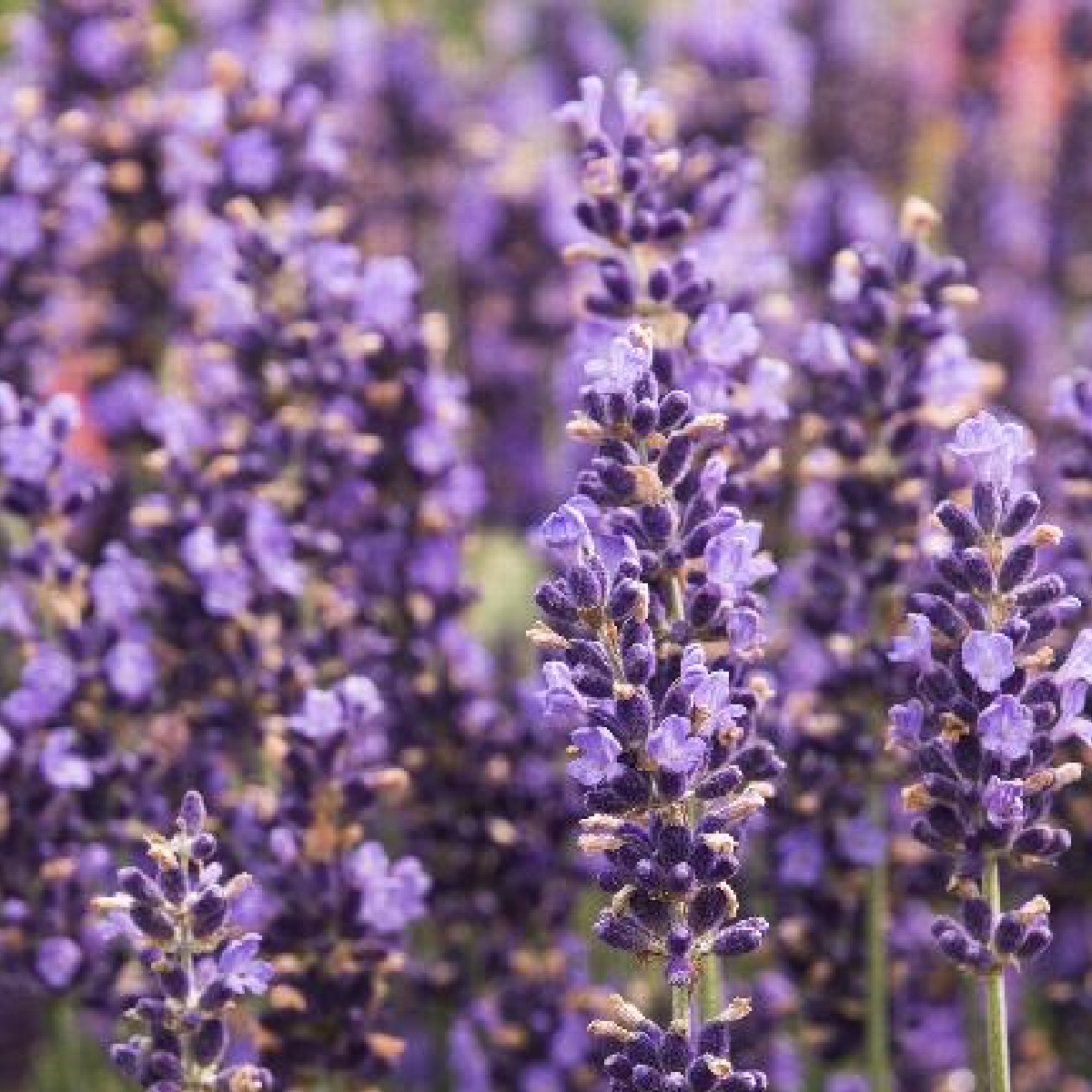 Another top contender of English lavender is Munstead. Known to be ultra easy to care for, this variety thrives on neglect while being resistant to pests and diseases AND withstanding high temperatures and low moisture seasons. Add this prolific, sweet-scented lavender to borders, walkways and containers, and watch it light up your landscape! You’ll definitely want to snip some stems to bring indoors – its fragrance will fill your home with its delightful aroma. 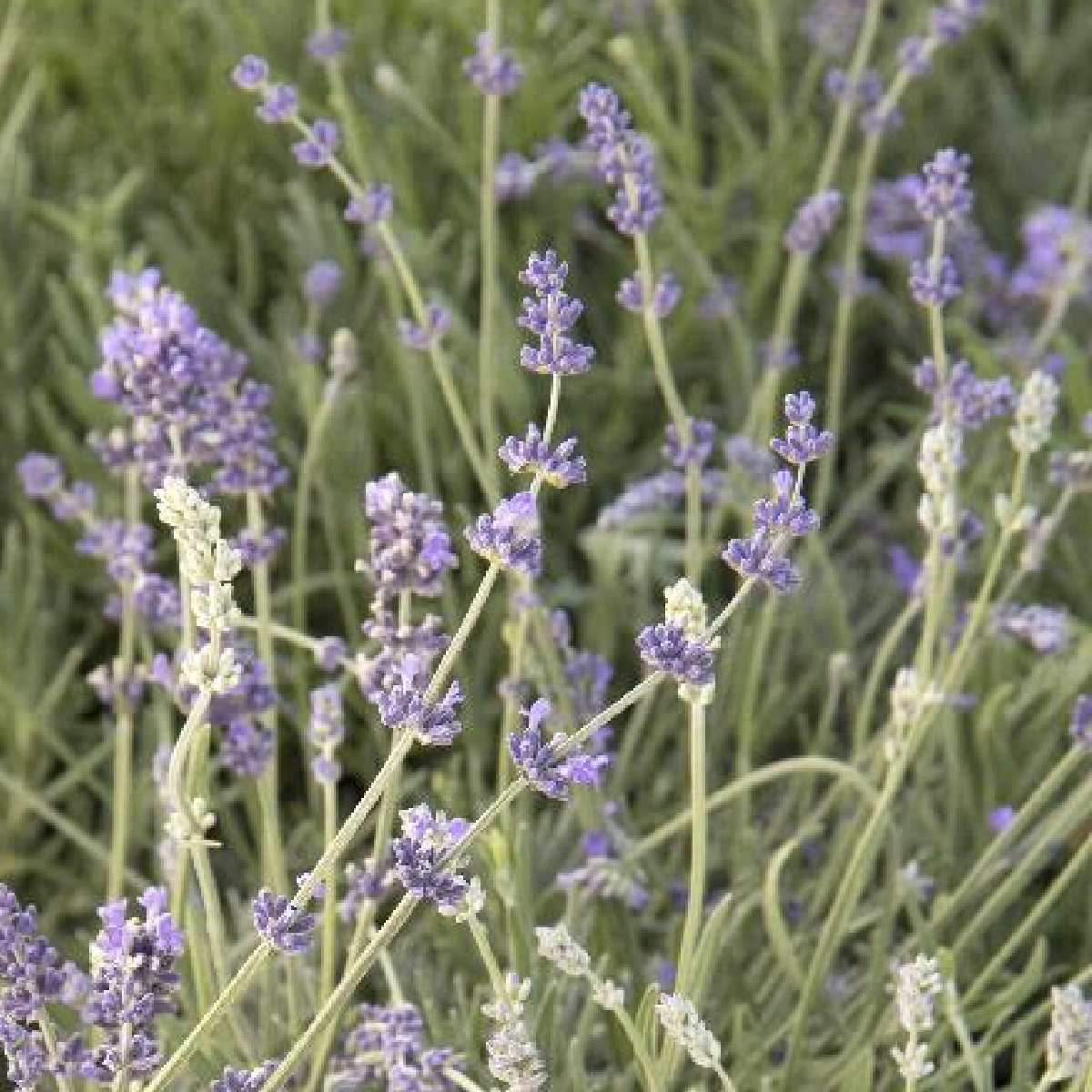 What’s the Best for You? 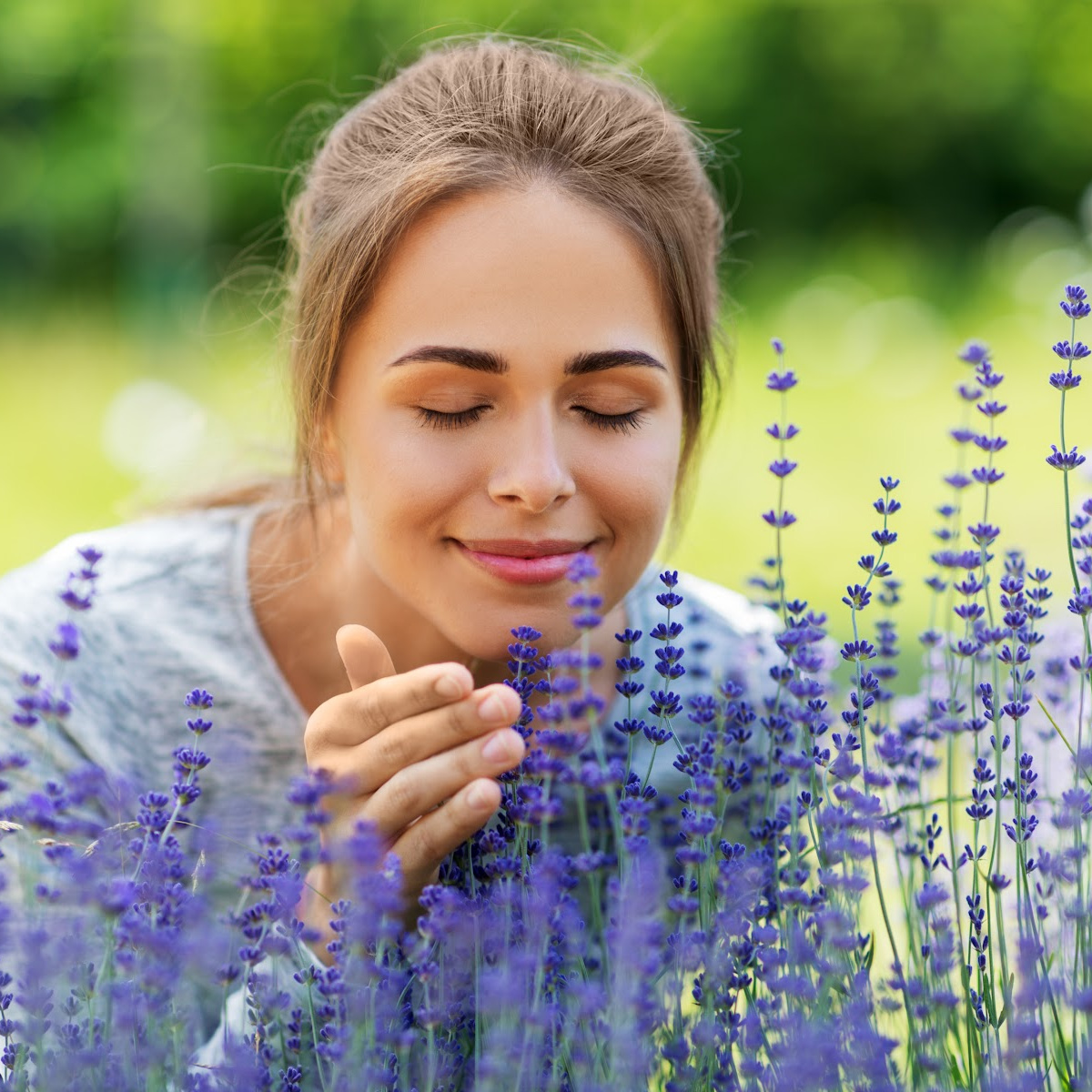 Although both French and English lavender will delight your space with purple blooms and sweet aromas, each have specific unique qualities.

So, take your pick based on your needs and preferences. And no matter what type you choose, it’s sure to complement your garden!